Along with the advancement in technology and medical sciences, new procedures and treatments also arise. Moreover, there are products available in the market that have several claims to support their effectiveness. This advancement in the medical field includes the technological development of products for penis enlargement.

In today’s time, the size of the penis is one of the usual cause of anxiety in men. That’s the reason why most men try to undergo penis enlargement procedures. And normally, those who go after these treatments are those who have penis with normal size.

Below are some methods that are variously used to enlarge penis:

This device can stretch the tissue of the penis thus, increasing the penile length. A small piece of extending frame is usually placed on the flaccid penis. After this, the penis is slowly lengthen.

Penile extenders, like the Jes Extender, are the only traction device that is evidence-based when it comes to penile enlargement. Moreover, studies show that traction devices can enlarge the penis for about 1 to 3 centimeters.

Penile extender tools are also applicable for men with penile dysmorphopobia who are generally within the average range and those who strongly believed that they have a small penis.

Another method of penile enlargement is by the use of a vacuum device. This tool has a tube that fits in the penis. The penis swells through air pumping which produces a vacuum that generally gives off blood to the penis.

Generally, the vacuum devices are used to treat impotent male or those with erectile dysfunction. However, there is no strong evidence that this tool can help to enlarge the penis. 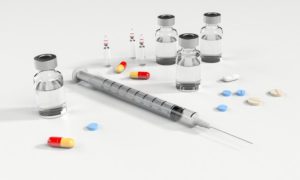 There are various pills and lots of lotion products intended for penile use that commit to increase the size of the penis. Generally, they are made of vitamins and minerals, different herbs and hormones. But still, evidence is lacking to prove the effectiveness of this product.

When it comes to penis enlargement, one of the methods is the penis surgery. This is somehow similar to plastic surgery, however, it comes with two primary types.

The first one is the penile augmentation which is done through fat cells injection into the penis. This surgical procedure targets to increase both the penile width and length.

Suspensory ligament release is the other penile surgical procedure. The ligament attaches the penis to the pubic area. In case the ligament is being cut, the penis looks longer due to angle changes.

Moreover, the penis surgery is only necessary to be done with those who have micropenis. It is a condition wherein the penis measurement is just around 7.5 cm or even shorter.